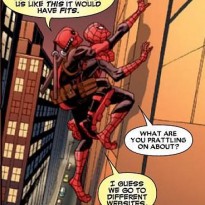 Silence in the library

A reader for pleasure and a reviewer to spread the love of great books. My mantras, 'you can never have too many books' and 'time spent reading is never time wasted'. Books are my passport to many times, places, and experiences, and I want to stamp them all. I focus most of my read on LGBTQIA and comics, so any comic with gay leads then I want to read it. 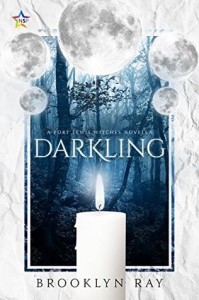 Love this cover.
Ultimately this is a friends to lovers story, just with far more obstacles in the way than you would normally expect. Ryder has secrets, many many secrets, and worry if Liam, his best friend and the person he's been in love with for the last two years, will accept Ryder once he discovers he's trans is probably the least dangerous of the secrets he's keeping.
The writing is lusciously descriptive, I could almost feel the dark magic swirling around me with every page I read. But that same quality gave the book an edge that meant I could never truly relax while reading. Some of the blood letting and knife play had heart in my stomach. Ryder's not the easiest person to like, but he's the only narrator and I think an unreliable one at that, because he is scared about the development of his magic and tries to cover that fear by distancing himself from the people he loves.
The world building is excellent and I could easily image this world of witches and necromancers.

Why not 5 stars? Well, occasionally I felt like I really didn't know what was going on, that maybe I missed another book that should have explained some things. Oh, and that sense of unease rarely makes for a 5 star read for me, it has me too much on edge.